Hospital infections due to resistant pathogens have been a ‘silent pandemic’ in healthcare for a long time. Infection prevention is becoming an increasingly pressing agenda item for hospitals as a result. Cleaning hospital spaces manually with cloths and chemicals is difficult, time consuming, inconsistent and is only 25-50% effective, exposing patients in European hospitals to a 7% chance of hospital infection to this day. The COVID-19 pandemic has only increased the urgency for an alternative to effective and rapid final disinfection of hospital rooms. Loop Robots considered this an opportunity to add value with their SAM-UVC Robot. UVC radiation has been known for its disinfecting properties for some time and applications vary from disinfecting drinking water to medical devices. But until recently, UVC radiation was not being deployed for the final disinfection of rooms such as patient wards, because shaded areas are more difficult to disinfect and because UVC light is unhealthy to bystanders. Mark van de Vrede, CCO and founder of Loop Robots explains: “Th e initial goal was to help hospitals combat the COVID-19 pandemic using UVC radiation, but the SAM-UVC robot is now being deployed more broadly in the battle against MRSA, VRE, Norovirus, Acinetobacter and other types of pathogens”.

‍‍At the time of writing the SAM-UVC robot is being successfully deployed at Spaarne Gasthuis in Hoofddorp for several months. It is no coincidence that the UVC robot was adopted by this institution. Jeroen van Zon, Hospitality & Cleaning department head at Spaarne Gasthuis notes: “Spaarne Gasthuis had been looking for an alternative final disinfection method for some time.” He got in touch with the Regional lab in Haarlem, where microbiologists were testing and validating the SAM-UVC prototype for the first time. It quickly became clear that the deployment of a UVC robot would have many long-term benefits compared to the conventional manual disinfectant and hydrogen peroxide nebuliser. Van Zon clarifies: “The robot was quicker, more effective and cost-effective since we were able to save on expensive chemicals for our final disinfection. Plus, UVC light is much more environmentally friendly than chemicals, despite electricity costs”. The initial proof of the added value of SAM-UVC was given during the VRE outbreak in February 2021, where a robot was successfully deployed for the final disinfection of an entire department. Not much later, around the end of June of the same year, the pilot with Spaarne Gasthuis as a practice partner was officially kicked off. To this day, the robot is being implemented according to a lease construction, which benefits both parties. This mode of operation ensures that Spaarne has the latest version of the robot at their disposal at all times, and both parties agree that this maximises the emphasis on value creation and practical deployability.

According to Van Zon, the success of the SAM-UVC robot at Spaarne Gasthuis is mostly a result of the joint development process. They adopted a sprint approach of three weeks with small iterations based on the experiences at the hospital: learning-by-doing. In the first version of SAM-UVC, the route of the robot had to be mapped in advance, which turned out to be unworkable. Within two months, the first fully autonomous robot was available, a process that took a lot of time and energy, Van de Vrede admits. “A joint development process like this reveals the importance of having a practical partner like Spaarne Gasthuis. Ultimately, you want SAM-UVC to be successfully deployed in any hospital’’, Van der Vrede adds. Thanks to the short communication lines between the supplier, cleaning staff and experts from the infection prevention team, the start-up barriers were not experienced as problematic and feedback and personal preferences were quickly addressed. In addition, the staff enjoyed the fact that Loop Robots included them in the scaling process of the robot every step of the way. “Our cleaning staff usually works with water, cloth and some chemicals. Now they had to learn how to work with a robot. Fortunately, Loop Robots provided us with proper training and information throughout the process’’, says Marc van Kesteren, cleaning team leader at Spaarne Gasthuis. Together with other facility service staff, experts from the infection prevention department and Loop Robots representatives, van Kesteren was involved in the team responsible for implementing the SAM-UVC robot, discussing experiences and follow-up steps periodically.

The cleaning staff now finds it difficult to imagine their hospital without the robot and enthusiasm is growing outside the cleaning team as well. Final disinfection with a hydrogen peroxide nebuliser used to take three to four hours followed by a period of 8-24 hours, during which the room could not be used as toxic fumes had to be aired out first. The UVC robot completes the entire process within 20 minutes. Enthusiasm among staff grew rapidly. Kerstin Huijboom-Zut, one of the three cleanings specialists operating SAM-UVC at Spaarne Gasthuis, tells us that: “At first, we would place stickers with a radiation index in places that we thought the robot would never be able to reach, and we still do sometimes. But even these places were largely being disinfected with UVC radiation because the robot maps the room and then finds a smart route to traverse it. It feels very safe to deliver a room that was disinfected by SAM. Plus, we now have more time to focus on other cleaning and hospitality tasks. Cleaning largely remains human work so there is no need to worry that our expertise won’t be needed in the future”. Patients benefit from the disinfection robot as well. For example, the robot is now used preventively in rooms of patients who have undergone bone marrow transplants, in order to keep the risk of infection as low as possible. Moreover, the UVC robot has also improved the patient’s experience in the hospital. Van Kesteren: “With hydrogen peroxide or disinfectant wipes, you will continue to see streaks on the cabinets or walls, or the floor will stick for a long time due to residue. We knew that the room was clean but patients perceived it as dirty. SAM has eliminated that problem.”

Demonstrating the robot’s cost effectiveness remains a difficult task. When the SAM-UVC robot does its job, infection outbreaks may be eliminated but this will quickly lead to the question why the robots are still necessary. The classic chicken and egg dilemma clearly applies to a ‘silent’ pandemic like infection outbreaks in hospitals. “We can’t yet tell whether the UVC robot is responsible for fewer infections, but we will be performing analyses based on infection data from previous years. Whether or not the benefits outweigh the (social) costs remains to be seen. Ultimately, a project like this one is subject to the Board of Directors’ courage to experiment”, Van Zon explains.

‍Although Loop Robots’ primary focus remains with the final disinfection of isolation rooms, patient wards, operating rooms and IC units, an expansion of SAM’s activities is being considered. “We want to make SAM so user-friendly and easy to deploy for cleaning staff, that the robot can be used preventively to minimise the risk of colony-forming units in hospitals. At present, disinfection is mainly used reactively and on indication, while preventive disinfection is avoided due to time constraints and the risk of developing resistance to biocides. The fact that SAM uses UVC radiation instead of biocides and can be deployed with high efficiency, opens up new opportunities”, Van de Vrede explains. But before that happens, Spaarne Gasthuis would like to see a very practical element incorporated into the development of a new SAM-UVC robot, namely the possibility of leaving the heavy curtains hanging in the room during final disinfection. “This is why we will keep operating under a lease agreement for now, allowing us to find the optimal solution for every hospital together”, Van Zon concludes. With the recent seed investment injection of €2 million, Loop Robots can continue to improve its everyday infection prevention, with the aim of structurally reducing the risk of hospital infections while alleviating the difficult job of cleaning personnel. 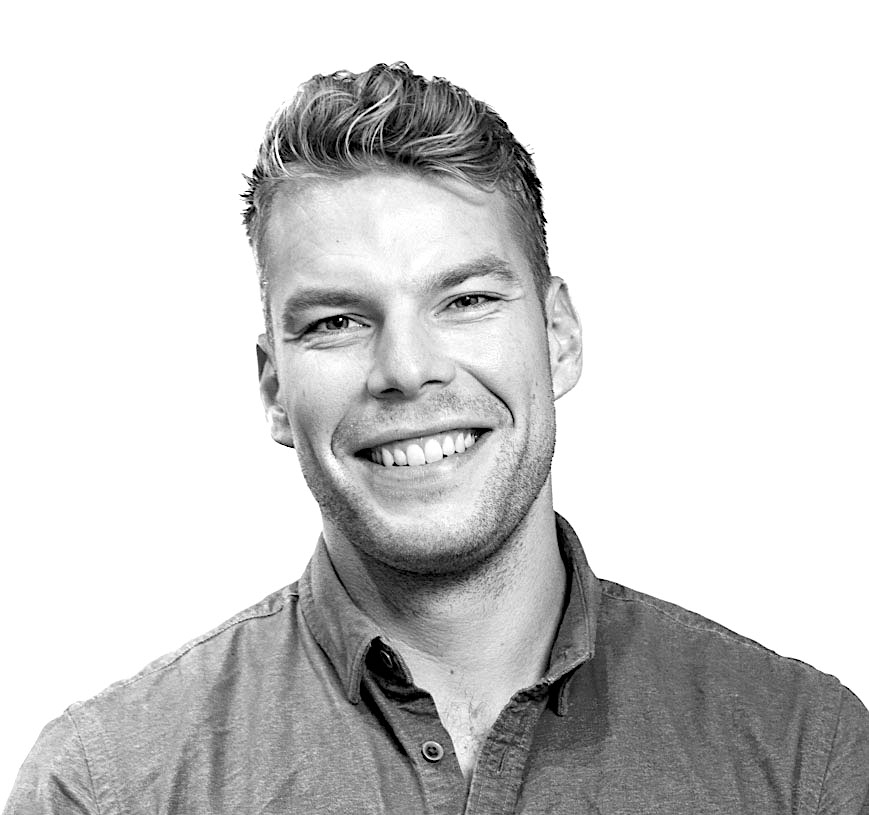 Improve the disinfection process in your healthcare facility

Time to upgrade the disinfection process in your hospital. How does UVC fit in? 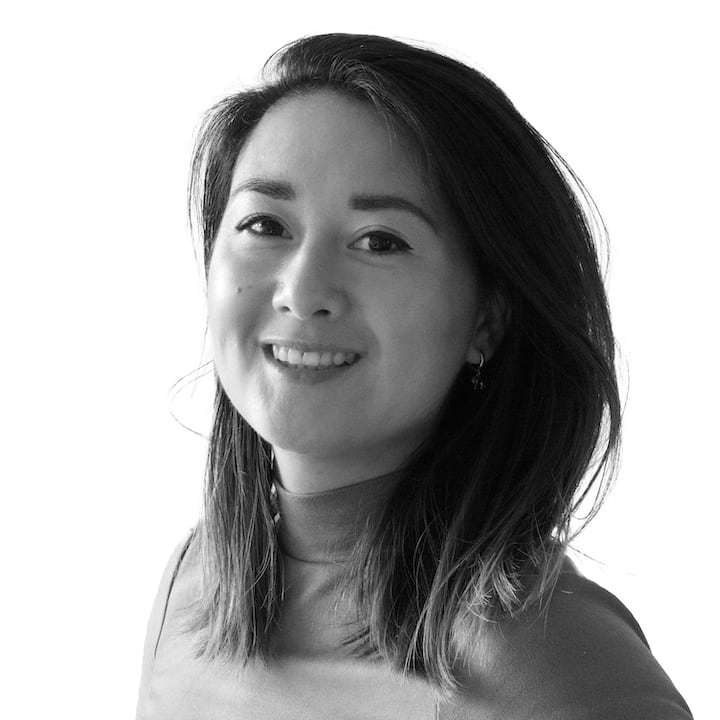